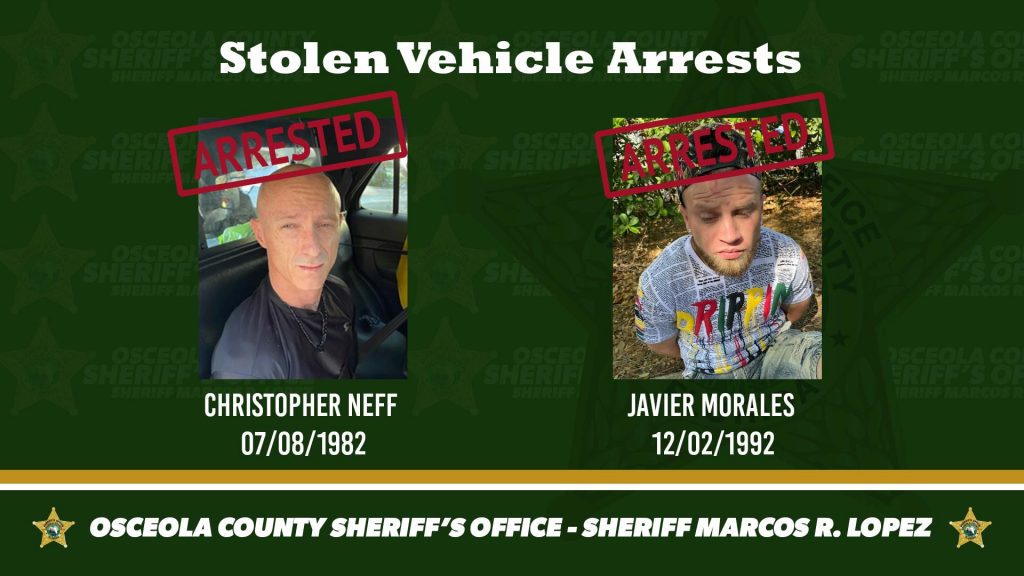 On February 25, 2021, members of the Osceola County Sheriff’s Office East Property Crimes Unit responded to the SureStay Hotel, located at 5859 American Way, Orlando, Florida in reference to an active stolen vehicle investigation. Earlier that morning, the car was stolen from the Buena Ventura Lakes area of Osceola County. Detectives arrived on the scene and located the stolen vehicle in the parking lot of the SureStay Hotel. A male, later identified as Javier Morales, approached the vehicle and entered the driver seat. When Detectives approached Javier Morales, he rapidly exited the vehicle and fled on foot. He was apprehended after a short foot chase.

Other units on the scene that assisted were The Osceola County STAR Unit (helicopter), multiple units from the Orange County Sheriff’s Office, as well as the Orlando Police Department.