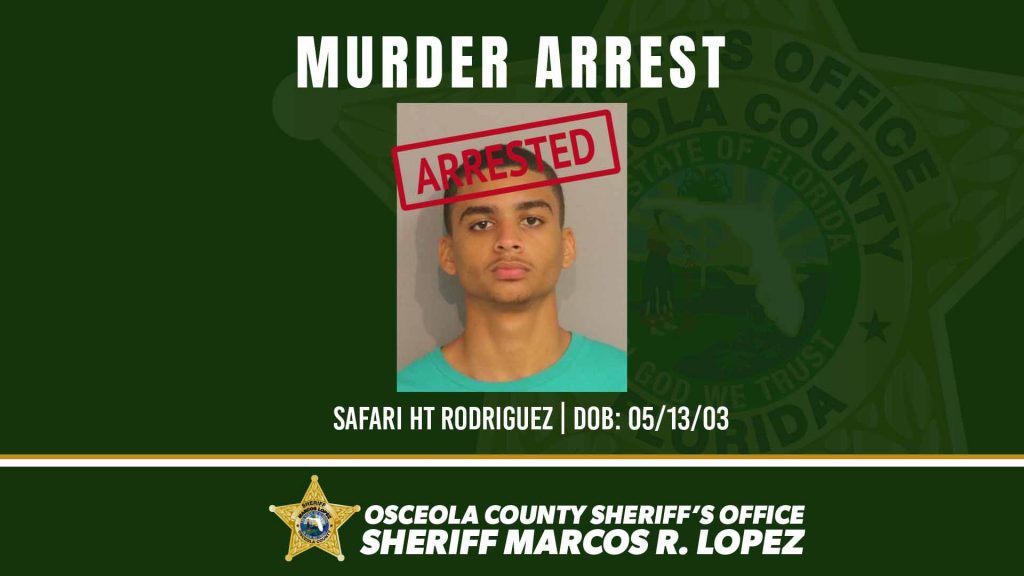 On June 3, 2022, the Osceola County Sheriff’s Office responded to Saint Tropez Court, Kissimmee, Florida regarding a shooting. When deputies arrived on the scene they discovered the victim, Alejandro Armando Guzman was deceased. Other victims were injured during the shooting but survived. Violent Crimes Unit detectives identified Safari Rodriguez as a person of interest in connection to the incident. On June 29, 2022, the Bay County Sheriff’s Office and the United States Marshal’s Service arrested Safari Rodriguez for an active warrant on Attempted Murder. On July 8, 2022, Violent Crimes Unit detectives obtained a warrant for Premeditated Murder and Aggravated Assault with a Firearm for Safari Rodriguez. Safari Rodriguez is currently incarcerated in the Osceola County Department of Corrections on a Zero Bond.