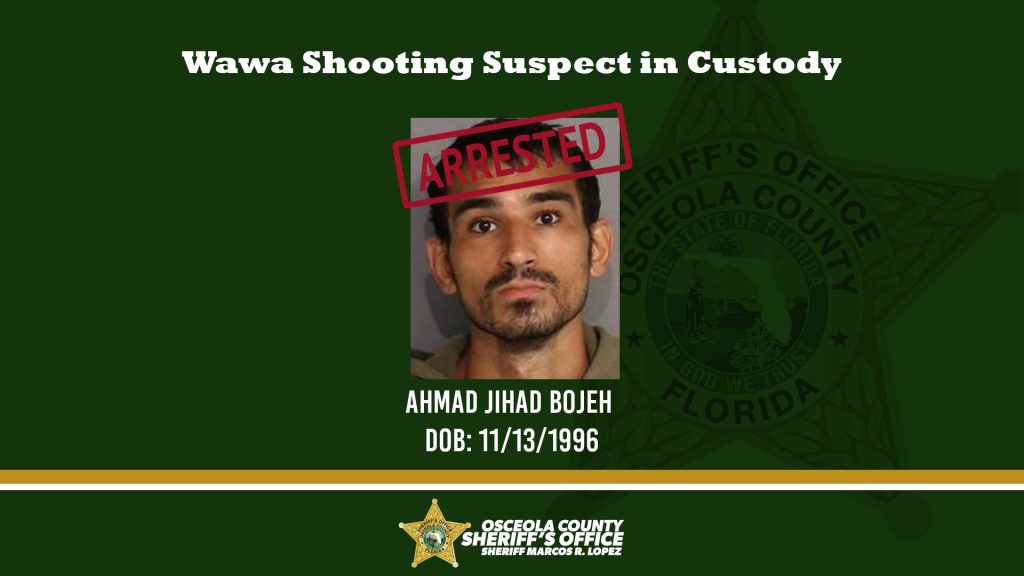 Ahmad Jihad Bojeh was arrested for Attempted First Degree Murder.
The suspect from Thursday’s shooting at the Wawa, 4397 W. Vine Street, Kissimmee, has been identified as Ahmad Jihad Bojeh (age 24) and taken into custody by the Osceola County Sheriff’s Office. Ahmad Bojeh was taken into custody as a result of incoming tips from the public. Sheriff Marcos R. Lopez and the Osceola County Sheriff’s Office would like to thank the public for its assistance and news outlets that broadcasted the suspect’s information to the public. This investigation is still active and ongoing. #sheriffmarcoslopez #TogetherAsOne #osceolacounty #unitedforosceolacounty #lawenforcement #protectandserve