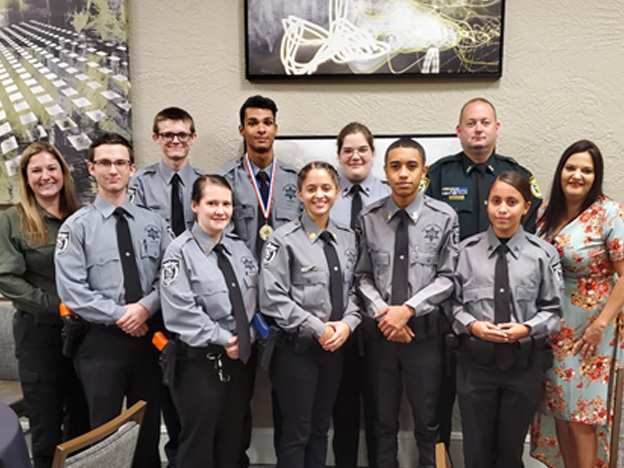 On September 14, 2019, the Osceola County Explorer Post #816 took part in the F.S.E.A September Delegates in Manatee County Florida. The Explorers took part in the 9mm firearms competition and team-building exercises alongside Explorer posts from all around the state. Explorer Gregory Burke won 1st place in the sharpshooter category. Explorers Hayden Yeager and Lisdaily Aragon won prizes for the timed completion of the physical agility test.

Lisdaily Aragon is the post current president and is being sponsored by the Osceola County Sheriff’s Office and will be attending the police academy in October. She was honored at the closing ceremony and presented a set of handcuffs with her Explorer dates of services as a token of appreciation for all of her hard work as an Explorer since 2016.