Osceola County (October 8, 2020) On October 4, 2020, the Osceola County Sheriff’s Office was made aware of a suspect, later identified as Raymond Woodrow Egan, date of birth 5/23/1944, who was producing videos depicting the sexual battery of a twelve year old child. Detectives with the Internet Crimes Against Children (ICAC) unit began an investigation into the incident. On October 4, 2020, Detectives with the ICAC unit served a search warrant at 2179 Granger Avenue, Kissimmee, Florida. During the search warrant, multiple electronic items were located and seized. Raymond was cooperative with the investigation. Based on evidence obtained at the scene, Raymond was initially booked into the Osceola County Jail with no bond for three counts of Lewd and Lascivious Battery.

On October 5, 2020, a forensic examination was conducted of the electronic devices seized from the residence which revealed thousands of photos and videos depicting Raymond sexually battering a twelve-year-old child. Raymond was additionally charged with 10 counts of Promotion/Production of Child Pornography. Based on the information obtained by detectives and the circumstances of this case, there is a possibility there could be additional juvenile victims. We are asking anyone with information on this subject or possible victims to contact the Osceola County Sheriff’s Office at (407)348-2222. 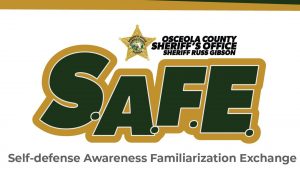