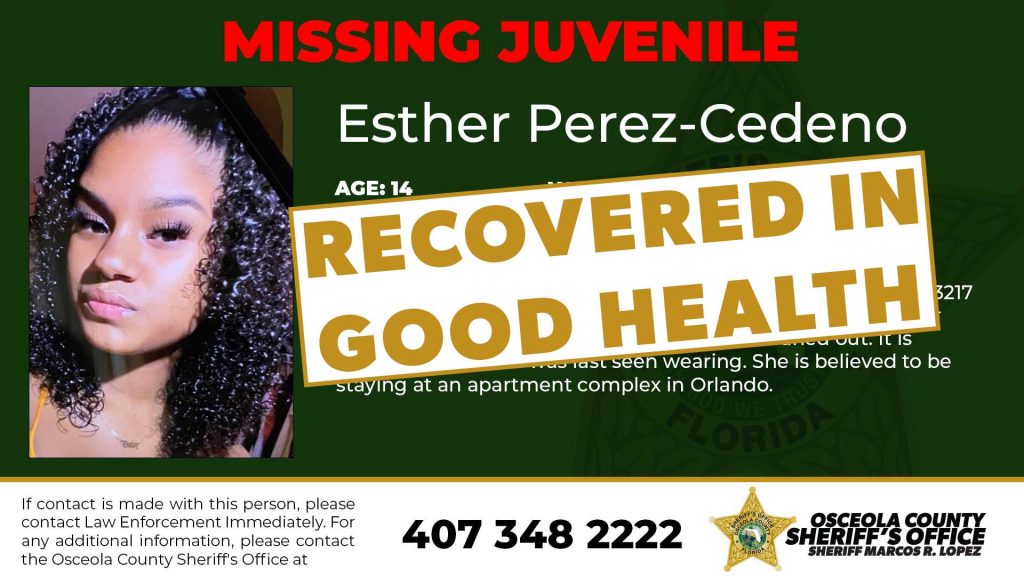 Details: Esther Perez-Cedeno was last seen by her mother at 3217 Cranes Nest Lane. Her mother later noticed she was not in her room and that all of her drawers had been cleaned out. It is unknown what she was last seen wearing. She is believed to be staying at an apartment complex in Orlando.