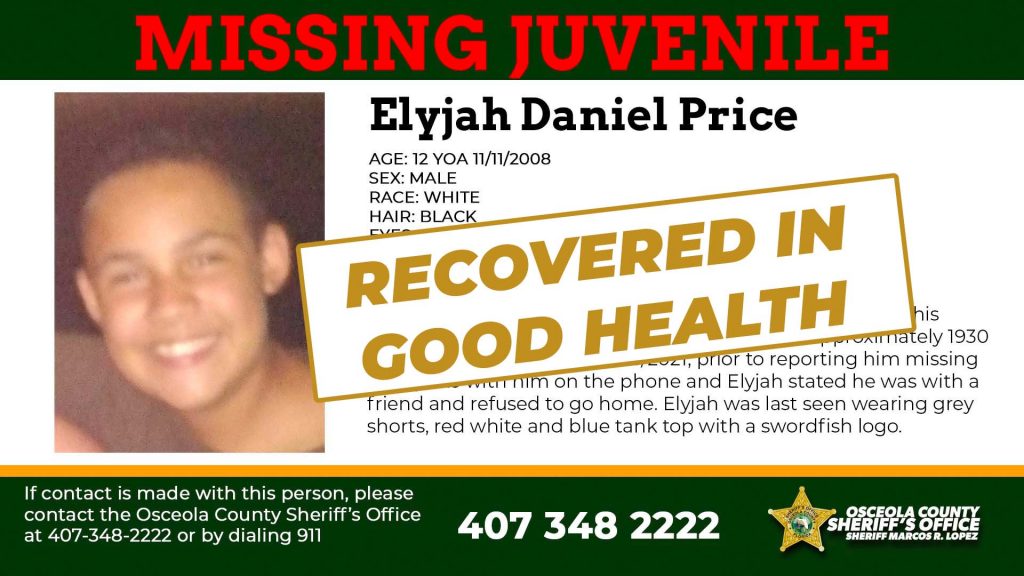 Details: On 10/16/21, Elyjah Daniel Price was dropped off at his Aunt’s house located at 5140 Topeka Avenue at approximately 1930 hours by his mother. On 10/18/2021, prior to reporting him missing she spoke with him on the phone and Elyjah stated he was with a friend and refused to go home. Elyjah was last seen wearing grey shorts, red white, and a blue tank top with a swordfish logo.