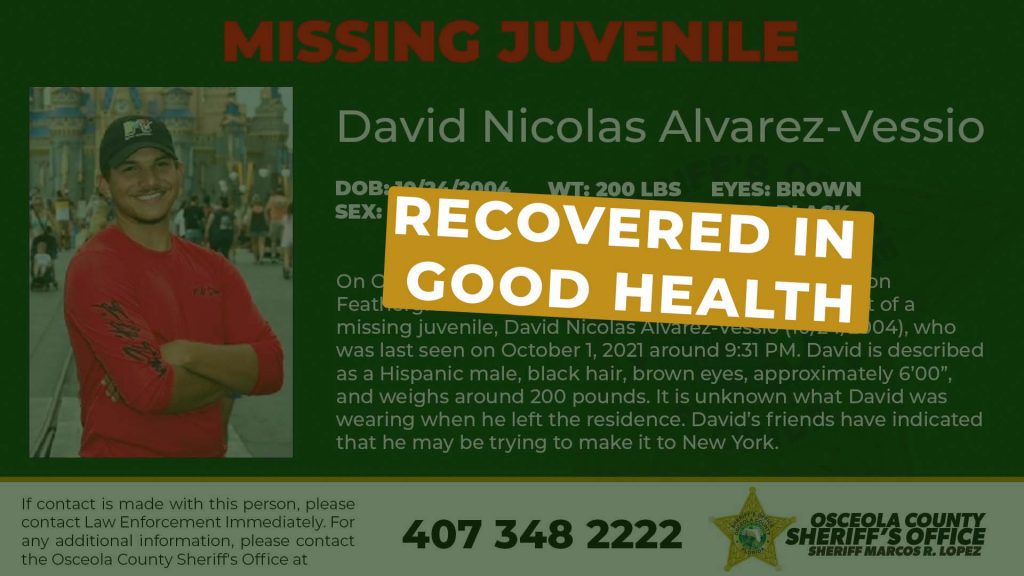 Details: On October 2, 2021, deputies responded to a residence on Feathergrass Ct. Saint Cloud, FL in reference to a report of a missing juvenile, David Nicolas Alvarez-Vessio (10/24/2004), who was last seen on October 1, 2021, around 9:31 PM. David is described as a Hispanic male, black hair, brown eyes, approximately 6’00”, and weighs around 200 pounds. It is unknown what David was wearing when he left the residence. David’s friends have indicated that he may be trying to make it to New York.