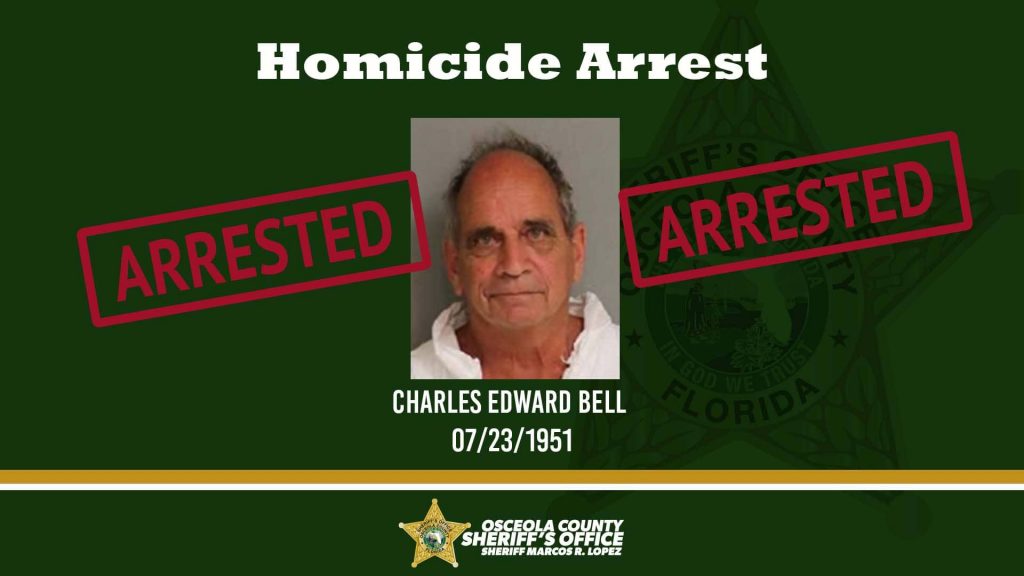 On August 28, 2021, members of the Osceola County Sheriff’s Office responded to the area of Magnolia Court in Yeehaw Junction in regard to a deceased female. The female was located in the backyard of her residence and had suffered multiple gunshot wounds. During the investigation, it was determined that gunshots were heard by neighbors earlier in the day. It was also learned that a male was seen fleeing the area at a high rate of speed. Through investigative means, the male who fled the scene was identified as Charles Edward Bell. It was learned that Mr. Bell had been with the victim at her residence earlier in the day. It was also discovered that Mr. Bell made incriminating statements shortly after the shots were fired.

Charles Edward Bell Jr. has been arrested on the charge of Homicide.
The Osceola County Sheriff’s Office is dedicated to serving our community and increasing public safety. Anyone with information related to this case or any other similar incidents, please contact the Osceola County Sheriff’s Office at (407) 348-2222 or Crimeline at 1-800-423-TIPS (8477)