Major over the Administrative Bureau.

Major Weis has a bachelor’s degree in Criminal Justice from the University of Florida and a master’s degree in Public Administration from Troy University. Major Weis graduated from the Federal Bureau of Investigation’s National Academy in 2009. He is also a professor of criminology at Valencia College and Columbia College.

He is currently married to his lovely wife Kimberly and has two grown children and two stepchildren. He loves the diversity in the community and considers it an honor to serve the citizens of Osceola County. 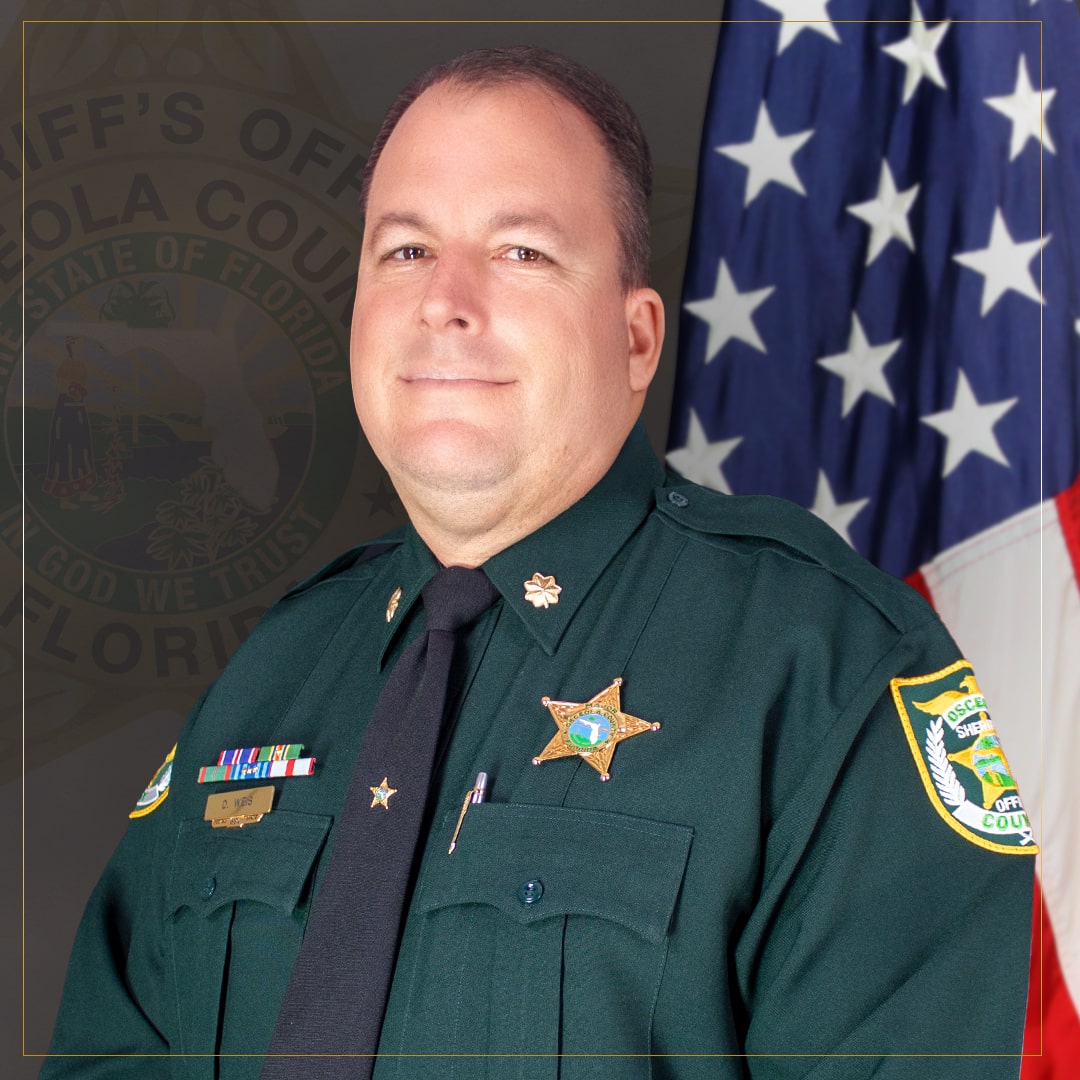