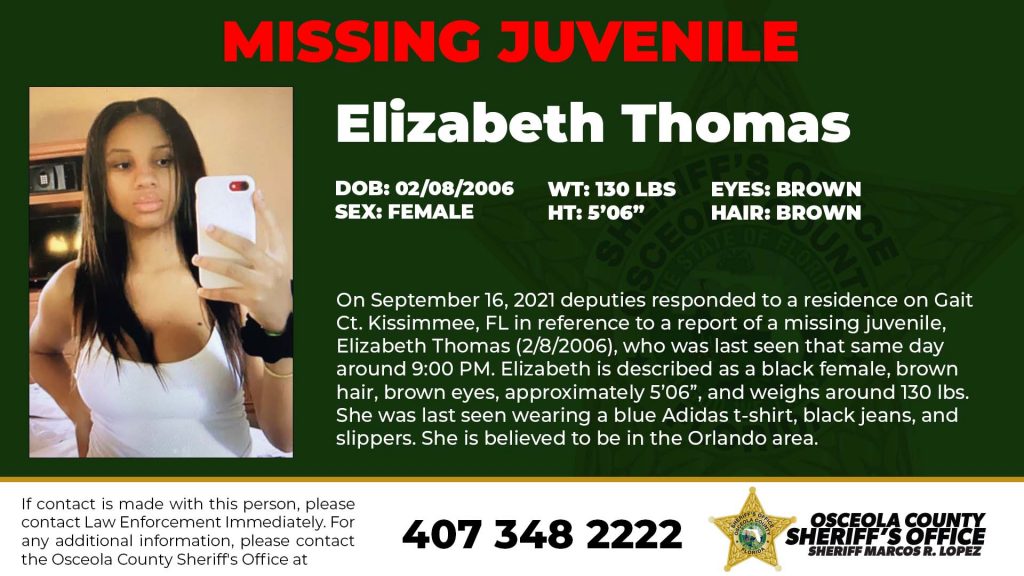 On September 16, 2021, deputies responded to a residence on Gait Ct. Kissimmee, FL in reference to a report of a missing juvenile, Elizabeth Thomas (2/8/2006), who was last seen that same day around 9:00 PM. Elizabeth is described as a black female, brown hair, brown eyes, approximately 5’06”, and weighs around 130 lbs. She was last seen wearing a blue Adidas t-shirt, black jeans, and slippers. She is believed to be in the Orlando area.