Captain Spain has over 26 years of law enforcement experience serving the citizens of Osceola County.
Captain Spain started his career serving in the Patrol Division as a deputy and later as a Field Training Officer for the agency. His experience as a deputy throughout the agency includes being a member of the Community Response Team (CRT), Felony Apprehension and Surveillance Team (FAST), The Emergency Response Team (ERT), and Criminal Investigations. In 2002, Captain Spain was promoted to Sergeant where he was assigned to the Patrol Division. Later he was assigned to Criminal Investigations where he supervised the Persons Crimes Unit, Child and Sex Crimes Unit, and the Homicide Unit. In 2006, Captain Spain was promoted to Lieutenant where he served in Patrol, Criminal Investigations, and Research and Development. In 2017, he was promoted to Captain. As a Captain, he has overseen Recruiting, Training, and Quality Assurance, and Accreditation. Captain Spain currently oversees the School Safety Division. Additionally, Captain Spain is the Commander of the Osceola County Sheriff’s Office Emergency Response Team.
Captain Spain received a leadership certification at Valencia College’s Public Safety Leadership Development Certification Program. Captain Spain is a graduate of Columbia College, where he earned an Associate’s Degree in Criminal Justice.

Captain Spain has been a resident of Osceola County since 1993. He is married to his beautiful wife Monica and has been blessed with three children. Captain Spain has three wonderful grandchildren and looks forward to more! He loves his community and has given back by volunteering at various charity organizations. 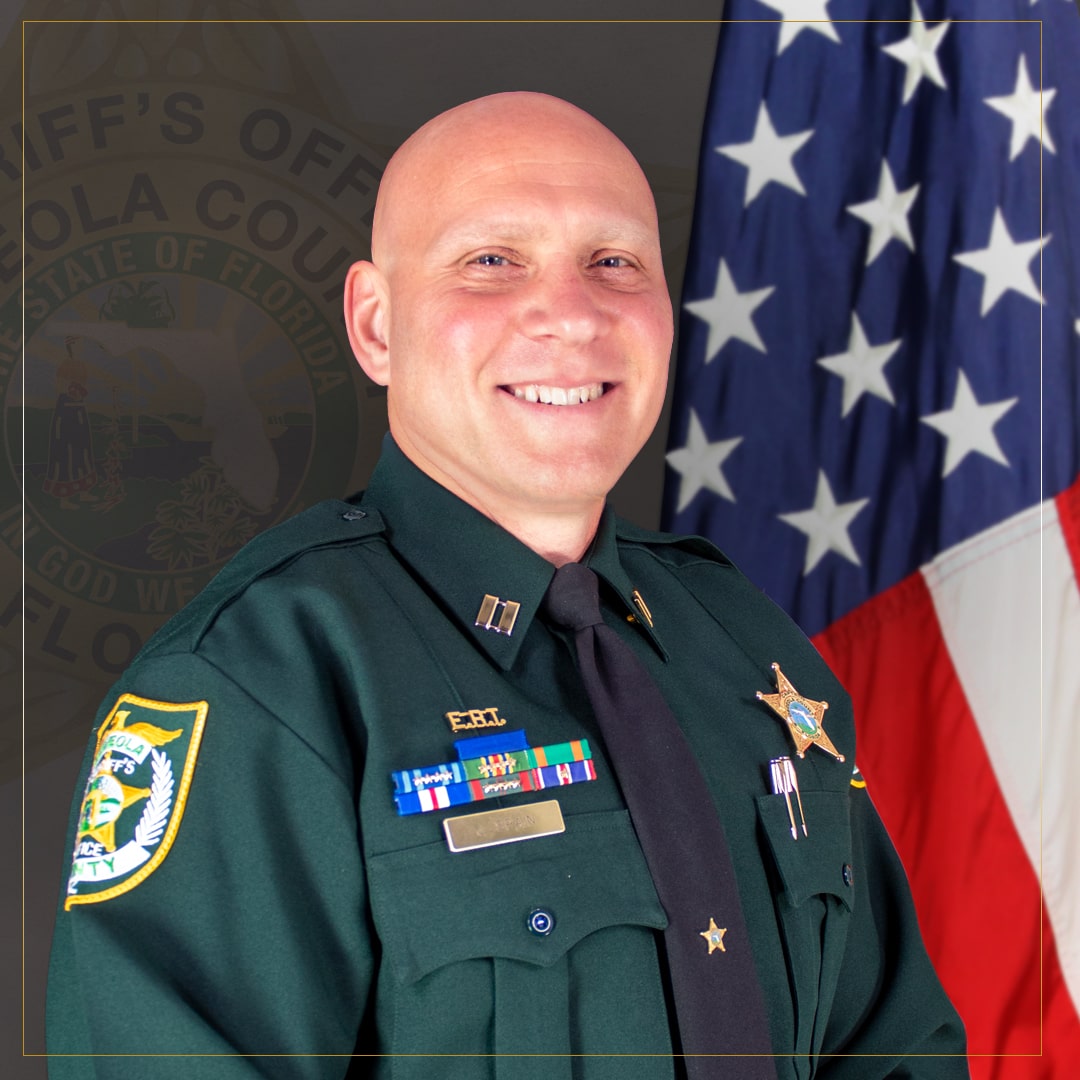