Captain Regis McCue has over 31 years of law enforcement experience. After retiring from Kissimmee Police Department where he served 21 years, Captain McCue joined the Osceola County Sheriff’s Office in 2010.
Three decades of service has allowed Captain McCue to work in a variety of units at KPD and the Sheriff’s Office. He served nearly 10 years in the Osceola County Investigative Bureau, a multi-jurisdictional drug task force, several of which were in a supervisory role. He has also served on the Community Response Team, Criminal Investigations Division, and Community Policing. He also served in the patrol division as a Field Training Officer. Captain McCue oversees the Community Outreach Division at the Osceola County Sheriff’s Office.
Captain McCue is married to his wife Tara, has four children and two grandchildren. After 30 years working with the citizens of Osceola County, he considers the county his second home and looks forward to continuing to engage the community. 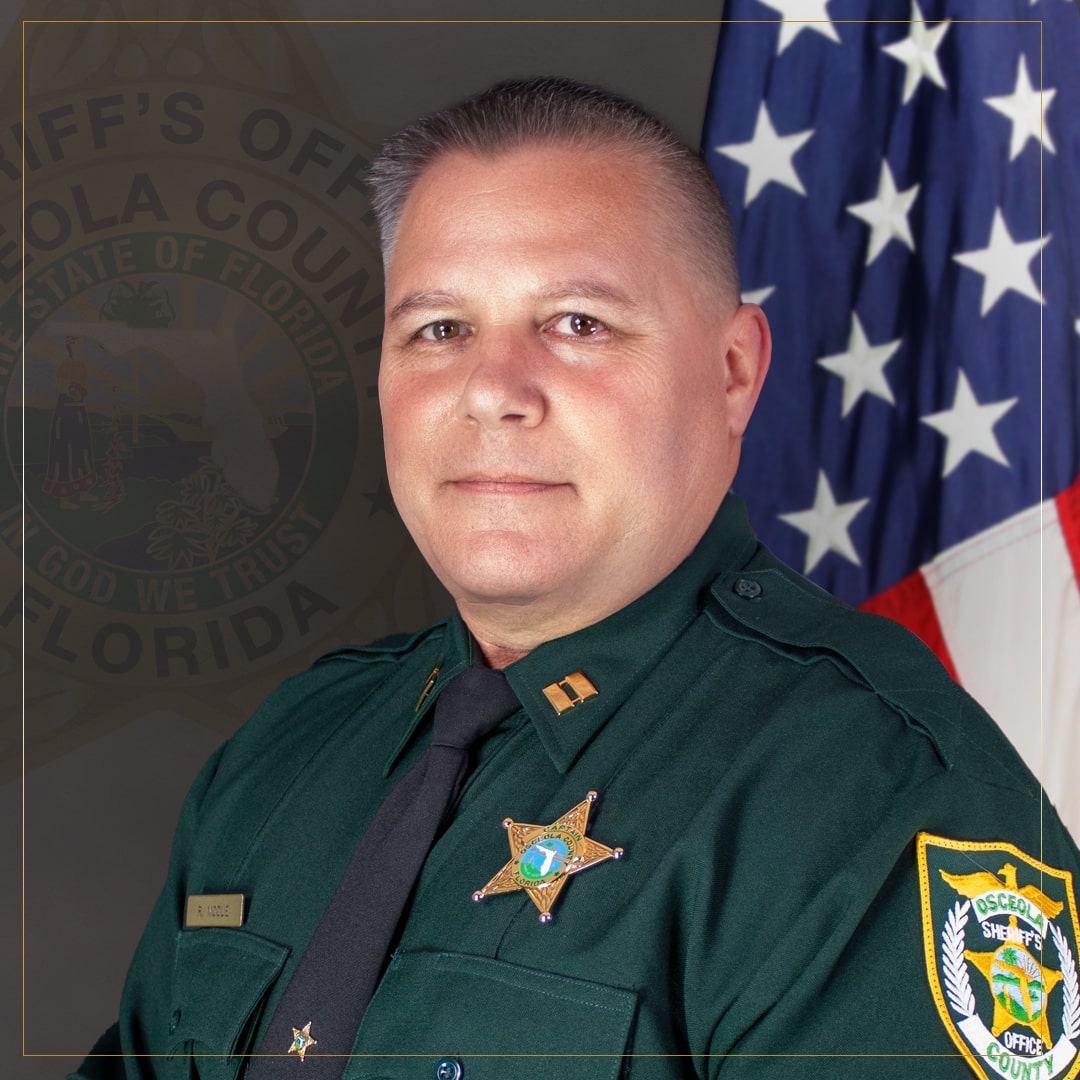