As Captain Mingione begins her 25th year in law enforcement, she celebrates 23 years with Osceola County Sheriff’s Office. Beginning her career in 1996 with the Department of Corrections, then Orange County Corrections prior to completing the crossover certification to law enforcement.

Once hired with Osceola County Sheriff’s Office in 1998, she worked as a patrol deputy, School Resource Officer, hostage negotiator, and field training officer. Once promoted to Sergeant, she continued her passion for training while serving as a Field Training Supervisor and Team Leader for the Negotiations Unit. She was later selected to supervise various units in the Criminal Investigations Division as a sergeant including Property Crimes Unit, Person’s Crime Unit, Child Abuse, and Sex Crimes Unit, and Internet Crimes Against Children Unit. (ICAC) When promoted to Lieutenant in 2012, she worked in a variety of positions including Judicial Services, as well as Training and Recruiting before returning to Patrol as a Field Training Lieutenant and Watch Commander. She currently serves as the Team Commander for the Hostage Negotiations Unit and is the East Patrol Division Captain.

Captain Mingione has two grown children and has resided in Osceola County for several decades. While the community continues to expand and become more diverse, it continues to maintain the small-town charm. This has kept and will keep her here for years to come. 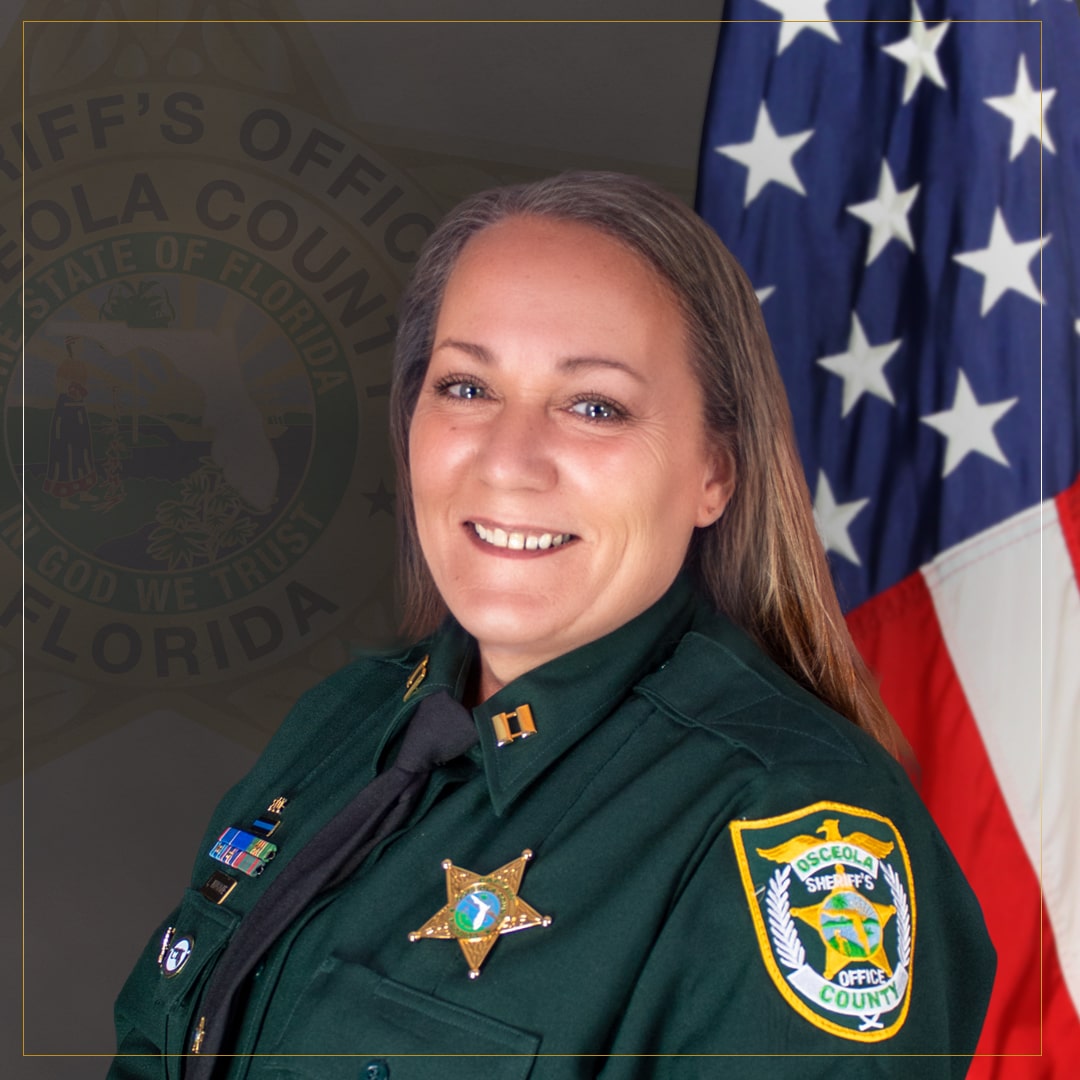