Captain Baker has nearly 30 years of law enforcement experience to include seven-plus years with the St. Cloud Police Department, where he served as a Patrolman, Person’s Crimes Investigator in the Criminal Investigations Division, and was later promoted to Patrolman First Class. He also served a little over a year with the Lake County Jail as a Corrections Officer.
During his 20 plus years with the Osceola County Sheriff’s Office, he has served as a Patrol Deputy, a Field Training Officer, as well as a Detective investigating property crimes. Upon promotion to Sergeant in 2005, he served as the Sergeant for the West-Side Criminal Investigations Section, as well as the Sergeant over the newly formed Robbery Unit.
In 2010, Captain Baker was promoted to Lieutenant where he served as a Watch Commander in the Patrol Division where he co-coordinated the agency Field Training Program. In 2016, he became the Director of the Osceola County Investigative Bureau, a multi-agency, multi-jurisdictional drug task force, dually sworn under the office of the State Attorney for the Ninth Judicial Circuit, whose task it was to investigate mid-and upper-level drug trafficking organizations.
He currently serves as Captain over Training, Recruiting, and Research and Development.
Captain Baker’s family has been in Osceola County since 1900 and earned a living in the farm and ranching industry. He is also the seventh member of his family to serve Osceola County as an appointed Deputy Sheriff.
Captain Baker volunteers his time in the community as a member of The Silver Spurs Riding Club. He currently serves on the Executive Board as the President, which is also known as the “Big Boss.” He and his wife have been members since 1997.
Captain Baker has been married to his wife Casey for 25 years and they have two daughters. One majoring in Agricultural Communications at Texas Tech University in Lubbock, Texas, and one majoring in Fashion Marketing at Mississippi State University in Starkville, Mississippi. 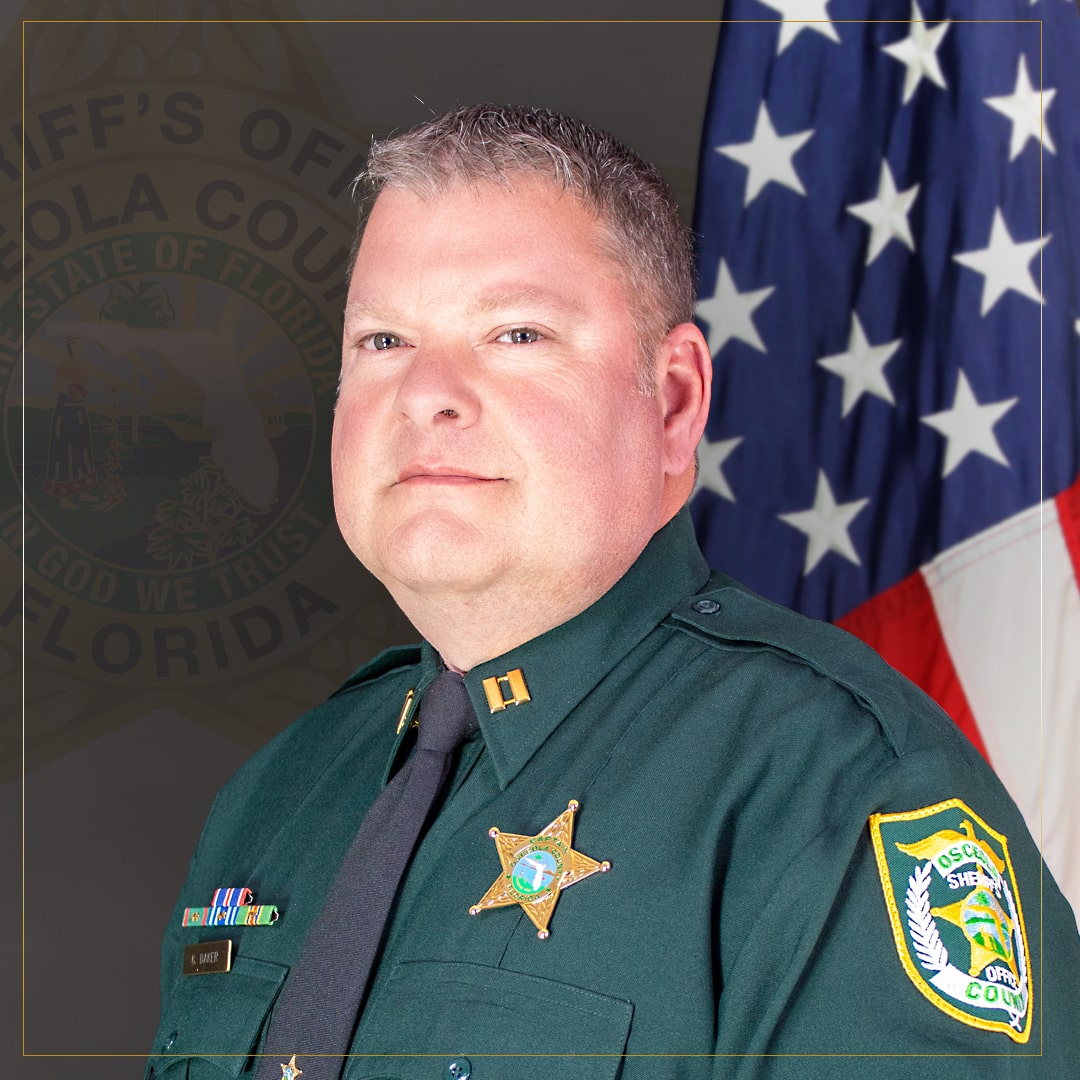