Major Black Has over 31 years in Law Enforcement and all of them have been with the Osceola County Sheriffs Office. Major Black is also a military veteran.
Major Black has served in many different divisions and units within the Sheriff’s Office. He has served in the Patrol Division Bureau as a Patrol Deputy and later as Field Training Officer, he also served as a K-9 Deputy with his K-9 partner “Benny”. While assigned to the Criminal Investigations Division Bureau he served as a Street Crimes Detective and a Narcotics Detective. He was later promoted to sergeant where he served as a Patrol Sergeant and would later become the first sergeant assigned to our agency’s Aviation Unit. He was later assigned to the Narcotics Unit as the Sergeant for several years. He later assumed the role of the Sergeant of the Homicide and Violent Crimes Unit. He was later promoted to the rank of Lieutenant and assumed the responsibilities of Lieutenant over the Eastside Criminal Investigations Division. Major Black has also served on our agency’s SWAT team for over 28 years, serving as an operator, assistant Team Leader, Team Leader, and later the Team Commander. Major Black currently serves as the Major of the Criminal Investigations Division, Special Operations Division, and the Special Enforcement Division. Major Black also serves as the agency’s High-Risk Incident Commander if the SWAT Team, Hostage Negotiations Team, or Emergency Response Team is deployed.
Major Black has attended numerous training classes and schools while serving with the Osceola County Sheriffs Office. He also obtained a master’s degree in criminal justice.

Major Black is a long-time resident of Osceola County and attended High School there as well. He is married to his beautiful wife Stacie. He has four children who have all attended schools in Osceola County. He considers it a great honor to serve Osceola County and its great residents along with the many tourists that come to our county throughout the year. 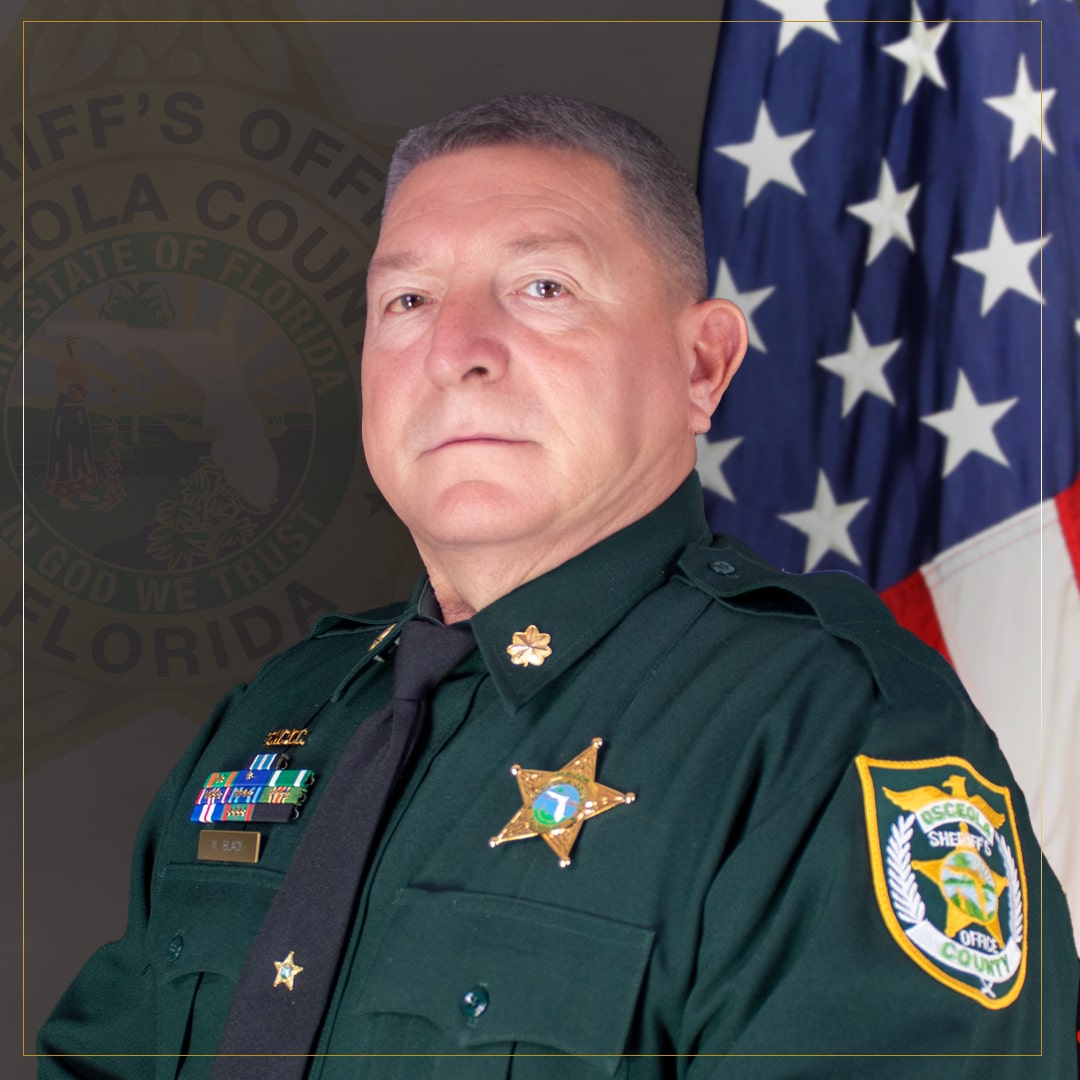