Captain over the Special Operations Division.

Captain Alderman started with the Osceola County Sheriff’s Office almost 30 years ago on April 15th, 1991, and has been employed with the agency since.
He began his career working in the jail, after two years he was transferred to the Uniform Patrol Division, where he worked as a patrol deputy on the streets of this county protecting the citizens and visitors for about five years. He was then transferred to the Felony Apprehension and Surveillance Team (FAST) a plainclothes investigative unit that targeted suspects who were committing violent felony crimes. He worked in that unit for three years. He then transferred to the Agriculture & Marine Unit where he spent the next ten years working in the rural parts of the County. It was here that he worked every day helping to protect our long-standing ranching community against poachers, cattle thieves and patrolling the waterways of our county.
He was then promoted to Sergeant and transferred back to the Uniform Patrol Division where he was in charge of a Field Training Officer Squad, tasked with training and evaluating newly hired deputies. He spent three years in that capacity. He then transferred to the Community Response Team where he worked with five deputies focusing on suspects who were committing violent felony crimes. As well as attending community events and patrolling neighborhoods on bikes. He was in that capacity for about three years. He was then transferred back to the Special Operations Division over the Agriculture & Marine where he has been for the last three years. He currently serves as the Captain over the Special Operations Division.
He is a fourth-generation member of this County and has lived here his entire life. He is raising his family here and has a vested interest in protecting the citizens and the visitors of this county.
He is honored to be able to serve the employees of the Sheriff’s Office and to be able to help make Osceola County a great place to work and raise a family. 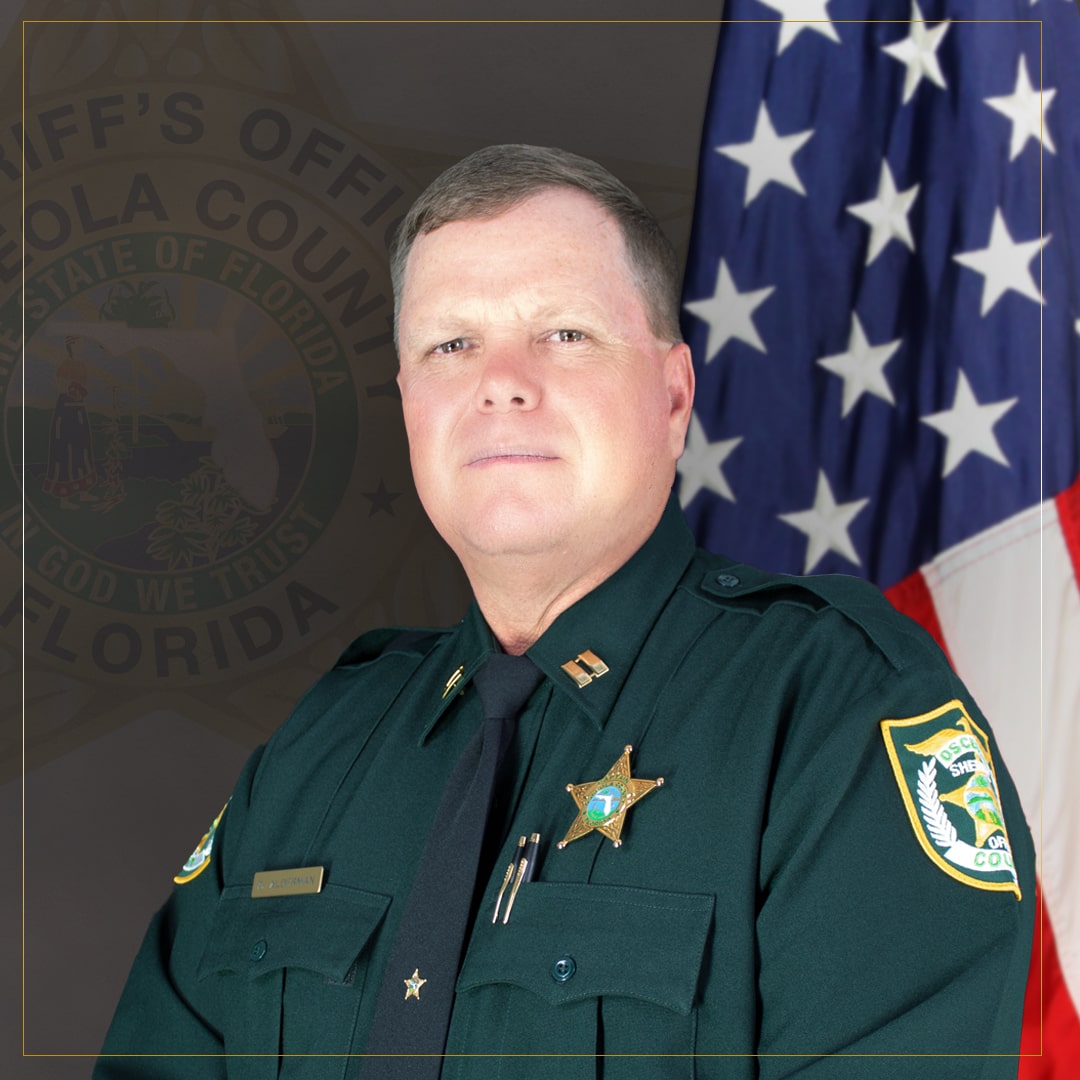